The affirmative decision appointed the project’s approval and finished the verification by Poland as the responsible party. Except the Polish parties preparations, the project’s specification was also marked by the JASPERS institution – managed by the European Investment Bank (EIB) – which evaluates the project since the beginning and improves its quantity and quality coming forward for approval of EU funds. At present, the next step is to rate the project’s specification by the European Commission which will decide about the EU funds admission. It will take three months at least, therefore, the grant agreement can be signed on the turn of Q1 and Q2 2010.

At the same time, the Silesian Museum is preparing the investment process. The building project has been finished, the same as the land development’s project and the preparatory works’ plan in the North side of the plot. The building permit was given several weeks ago by the City Hall. Currently, the engineering design and bidding’s documentation are under finishing. The call for a bid for a prime contractor is planned to announce in spring 2010. The construction works will run after the contract award and will take about two years. The next phase of the project is to refurbish the following buildings of the old “Katowice” coal mine. 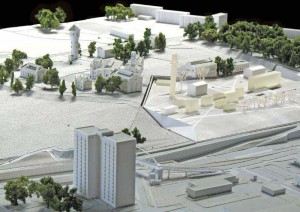 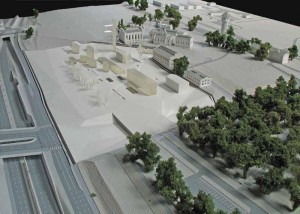