The International Convention Center (ICC) will be a one of three new buildings planned in the area of the future cultural district near “Spodek”. A need of a full-sized convention center in a one location in the City was strongly visible during the last European Economic Congress (EEC) where participants had to move between ten different localizations. It was commented that all important congress events and congress cities need a professional base including different size spaces situated in a one building. 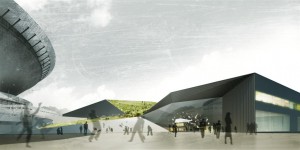 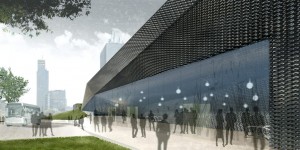 Janusz Nowak, Coordinator of the International Convention Center Project, talks about a progress in the project. “A building permit for the International Convention Center was given in January this year. The project already obtained the affirmative opinion from the Marshall Office which concerned a substantive and technical evaluation. Now, we are waiting for the engineering design which has to be prepared by the building designer. We expect to receive the document in July. Then we will be ready to file our motion for EU grants in the European Commission.” – Janusz Nowak explained. “We plan to announced a tender for a prime contractor in autumn. If everything goes well, we will be able to start construction works in the turn of 2010 and 2011. Meanwhile, we consider to choose a property manager and an events organizer of the International Convention Center and “Spodek.” – he added.

The International Convention Center will be connected with the “Spodek” arena. Together, it will make possible to organize events for more than 20 000 participants.

Additionally, a contract engineer of the project was chosen last weeks. It is created by a consortium of Grontmij Polska Sp. z o.o.and Grontmij Nederland B.V. The consortium will be responsible for supervisory and organizing matters.

At the moment, cost of the investment is estimated at PLN 303 million. The amount will be financed from the budget of the City, from the EU grants and a bank loan. The architectural studio of JEMS Architekci is responsible for the design. The ICC will cover a total area of 34 186 sq. meters, the building size – 92 x 236 meters. It is planned to finish construction works in 24 months.

To see the presentation in a full screen, click on the above “menu” button and choose the “View Fullscreen” option.