Mostostal Warszawa is finishing works on the elevation of the Silesian Philharmonic. Light color facade corresponds to brown frames of windows and glassy coverage of the top floors.

The building is being extended and reconstructed within the project co-financed by the European Regional Development Fund. The construction works were commenced in September 2010. The prime contractor is going to deliver the building by 30th of October this year.

The works are also continued inside the building. The installation of the organ is about to take place in August and its intonation is planned for the period from 31st of September to 17th of November 2013. The inaugural concert after the extension is scheduled for this year.

The concert hall of the Silesian Philharmonic in the building erected in 1873 is the oldest hall in Katowice designed for playing music. The renovation of the roof as well as of the ceiling of the concert hall and adjusting the whole structure to the requirements of the valid legal regulations, required strengthening of the building structure. This fact inspired the project of the complex revitalization of the 140-year-old historic structure.

The extension and reconstruction project was prepared by the architectural studio Consultor from Poznań. 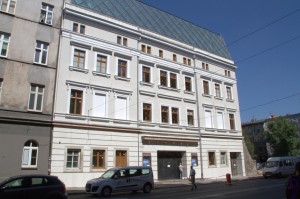 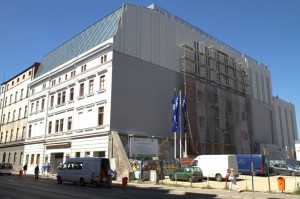