Katowice was the third regional city in Poland, after Kraków and Wrocław, which took a clear lead in respect of office tenants activity in the first quarter of 2014. The City was also the third in terms of developers activity.

International advisory company JLL presents its latest report summarizing Q1 and analyzing key trends on the office market in nine major Polish cities. According to the data, the Katowice total office stock reached 317 800 sq. meters in the first quarter of 2014. The modern office supply can be expected to exceed 400 000 sq. meters in 2015, as the analysts claim that approximately 70 000 sq. meters of new office space will be delivered to the market by the end of this year. 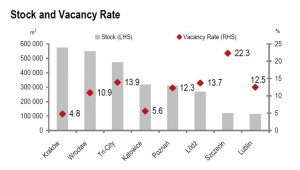 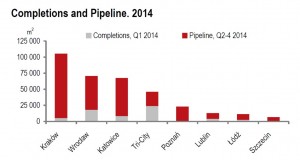