Between 28th and 30th of March 2012, representatives of Katowice took part in the ninth annual Global Technology Symposium (GTS) being held in the famous Silicon Valley in Palo Alto, California. The event has brought more than 300 selected opinion leaders in business, finance, technology, and policymaking.

GTS is the investment conference on venture capital, technology, and entrepreneurship in emerging markets. The leading topic of this year’s Symposium was “Entrepreneurship in a global world” headlined by an all-star speaker lineup including Intel, IBM and Stanford University delegates.

The Symposium was attended by, among others, the Deputy Mayor of Katowice City, Marcin Krupa. “I am very pleased with course of the USA visit and meetings the delegations have taken part in during the Global Technology Symposium. Our presence in the Silicon Valley signals to American entrepreneurs that Katowice has a growth potential and is ready to host new investment projects. Our activities reflect the adopted policy of cooperation between the City and the U.S. in the area of economy and science” – he said.

Additionally, a “Poland Day” took place in headquarters of Intel on 31st of March and was associated with GTS. The seminar was focused on timely areas of business investments and relationship between Silicon Valley and Poland. During the event, an Innovation Hub Center – a local Polish contact point in the Valley – was inaugurated. The “Poland Day” was co-organized by the City of Katowice, one of the speakers was Mateusz Skowroński, Katowice Mayor’s Plenipotentiary for Strategic Investors and Jacek Frączek from the Silesian University of Technology. They presented assets and investment opportunities of Katowice.

Participation in the events was a part of the programme “Investment promotion of Katowice City – It is worth investing here – stage III”. The project is co-financed in 85% by European Union funds and in 15% from the Katowice City budget. 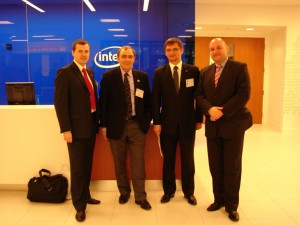 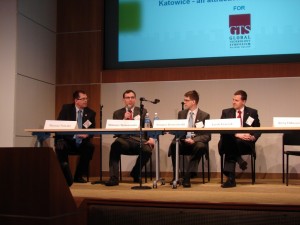