2010 was a record breaking year in terms of new office deliveries in Katowice. Annual office supply reached almost 48 000 sq. meters, which is the highest volume recorded on the market to date. Total modern office stock amounts to more than 263 500 sq. meters. 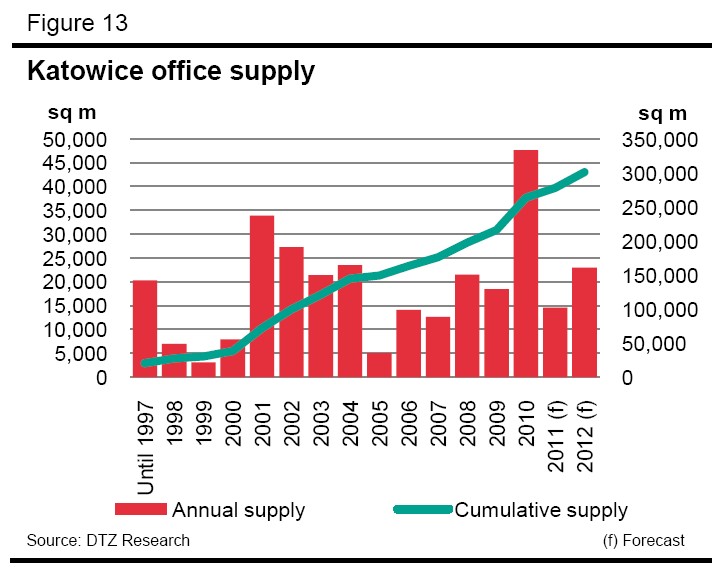 Over 2010, the demand for office space in Katowice improved in comparison to the year before, which resulted in a drop in the vacancy rate by 3 pp in the second half of the year, from 18.2% at the end of H1 2010 to 15.2% at the end of the year. However it is still quite high due to the large amount of new office space delivered to the market in this period. To compare, the vacancy rate in 2009 amounted to approximately 6% (Figure 14). 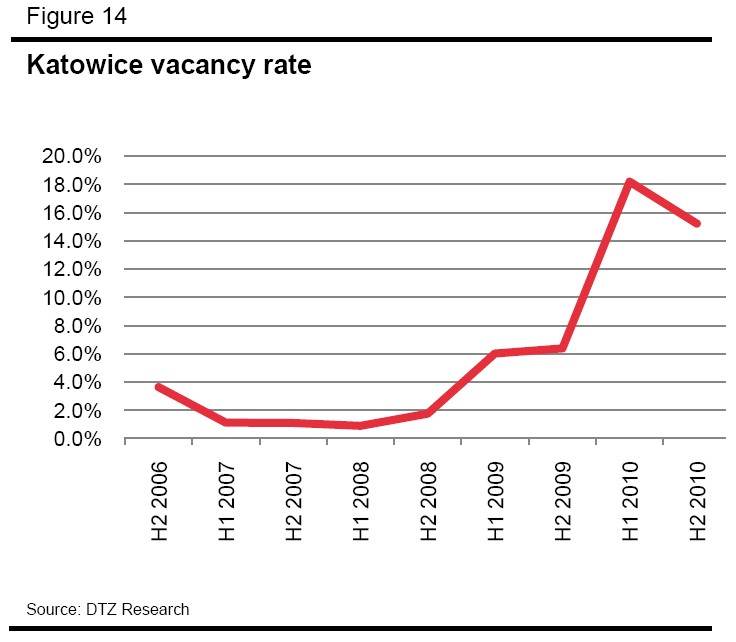 Given the positive forecasts for the Polish economy and a growing interest from companies to relocate to new office premises, demand in Katowice is likely to increase, which together with a low level of pipeline supply should result in a drop in the vacancy rate. 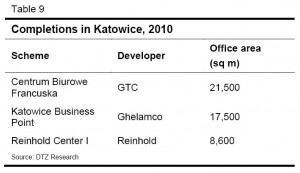 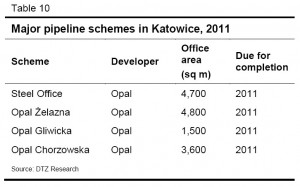