LC Corp has just decided about the name of its new office scheme located at 10 Roździeńskiego Av. The contest had been announced in October and today the company released that the official name of the project is Silesia Star. 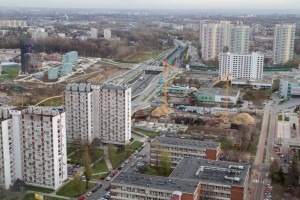 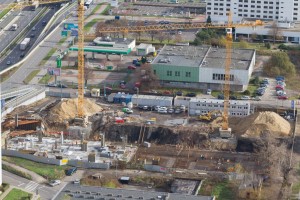 Last month, LC Corp invited all to enter their proposals for the name. Almost 900 submissions had been made of which two were chosen by the company for the final round. The two competitive propositions – Gemini Center and Silesia Star – depended on an online public voting. Today the company announced that Silesia Star was chosen by the voters as the preferred one.

The name refers to the neighbouring Walentego Roździeńskiego housing estate so called “Gwiazdy” (Stars). The office development will consist of two stages of which the first one is already underway. The „A” building will cover 12 710 sq. meters of offices for lease and 1 030 sq. meters of retail spaces. The stage is scheduled to be delivered in the last quarter of 2014. Budimex is a prime contractor of the first stage.