Mostostal Warszawa will modernize former cult seat of the regional journals – Press House (“Dom Prasy”). The company signed the contract with the City Hall (the investor) on 8th of March 2011. The new building, located at 1 Młyńska Street at the Market Square, will reveal its new façade in October 2012.

The building, simply called by the local inhabitants the Press House, was erected in 1963 and was one of the first buildings in Poland with a glass curtain wall that had no other structural function. It was designed as a Sportsman’s House, but from its very beginning was a bustling center of press activity. It housed all important press editorial offices and radio stations.

In late 2009, the building was closed off and the City Hall ordered its modernization. The Press House will be reconstructed, extended and converted into administrative-office-service public utility building. It will house among others departments of the City Hall and community service center.

“First preparatory works including a demolishment and dismantling works in the building’s interiors should start in the first days of April 2011” – said Karolina Dawidowicz, PR Specialist at Mostostal Warszawa.

After the completion of all works, expected to last almost 18 months, the nine-storey building will have almost 5 200 sq. meters of usable area. It will boast a Building Management System that will control ventilation and air conditioning automation systems, utility monitoring systems, fire and burglary and robbery alarm systems.

Except the Press House, Mostostal Warszawa carries out two more projects in Katowice: the “Spodek” entertainment and sport hall and the Scientific Information Center and Academic Library. 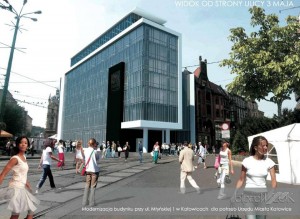 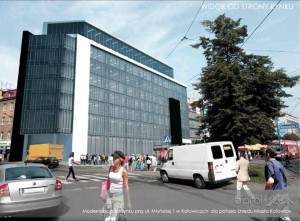