The multi-phase project includes the construction of the Railway Station with its commercial area, construction of a bus station and road passage under the Railway Station, construction of a 5-storey shopping center, multi-level underground car park, works on Dworcowa St. and Szewczyka Sq. and a multi-screen cinema. The new investment is crucial in the light of the upcoming Euro 2012 football championship in Poland. The new project will improve the comfort of the residents and passengers and the solutions that are to be implemented will make the Station friendlier to the disabled. The project of the shopping center is inspired by pre-war architecture of the Katowice’s City Center. A total usable area of the new complex is around 200 000 sq. meters, of which 53 000 sq. meters will be the new Galeria Katowicka and 7 000 sq. meters will be covered by the new Railway Station. Total value of the new investment is EUR 240 million.

Recently this has been Strabag’s second project in Poland that is associated with a railway station. Since Spring of 2010 Strabag is also responsible for the refurbishment of Warsaw East railway station. In recent years Strabag has also carried out several similar projects in Europe, such as the construction of a new railway station in Berlin and the expansion of Vienna’s northern station. In Katowice, Strabag is known as the prime contractor of Silesia City Center shopping mall, which was opened in 2005.

Strabag Sp. z o.o. has been present in Poland since 1985. It concentrates on building construction, civil and environmental engineering and transportation infrastructures. In building construction and civil engineering it specializes in the construction of shopping centers, office buildings, public buildings, warehouses, industrial buildings. In 2005 and 2009 Strabag was awarded “Construction Company of the Year” in Central and Eastern Europe. The Strabag group currently employs over 7 000 people in Poland with estimated turnover of PLN 6,5 billion in 2010. The office in Katowice has been active since 1999. More information is available at www.strabag.pl. 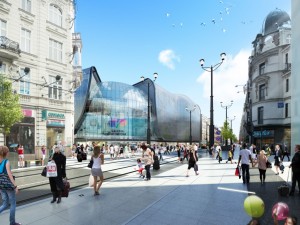 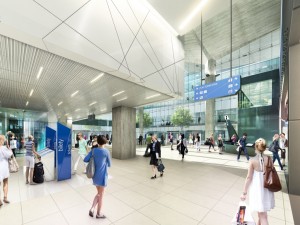