During the International Consumer Electronics Show (CES) in Las Vegas, DisplayLink has demonstrated a USB 3.0 prototype and a new connecting device which is making in the company’s office in the Euro-Centrum Science and Technology Park in Katowice. The USB 3.0 device will transmit video at up to 4.8 gigabits-per-second. The video transmission would be 10 times greater than the current USB 2.0 standard’s maximum throughput of 480 megabits-per-second. The new system will be able to drive much bigger screens – 30-inch and above. The USB 3.0 device called SuperSpeed USB will also enable to plug a good few screens to a one work station. “It’s probably the most complicated thing we’ve done technically.” – Dennis Crespo, Executive VP and Marketing & Business Development, said to techradar.com.

Except the new technology of USB, DisplayLink has presented a device which allows to connect a big screen with smartphones, mobile phones and netbooks. According to wnp.pl, this technology will likely develop in the Katowice’s office.

DisplayLink has opened the Poland’s office on September 29, 2008. This is one of four global company’s locations. Except Katowice, DisplayLink is based in Palo Alto (California, USA), Cambridge (UK) and Taipei (Taiwan). 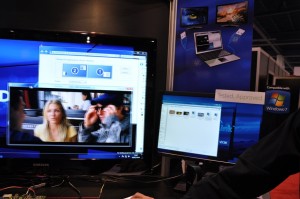 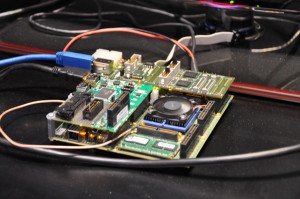 About DisplayLink
DisplayLink Corp. is a chip and software company that enables easy, virtual graphics connectivity between computers and displays over standard interfaces like USB, Wireless USB and Ethernet. Its technology is found in dozens of globally branded PC accessories including monitors, docking stations, display adapters, projectors and thin client systems that make it easy to expand the desktop visual workspace at significantly lower cost and power than traditional solutions.