A press conference concerning the Railway Station’s project and transport issues took place today in Katowice. Neinver and PKP S.A. also presented a schedule of construction works of its venture investment – the redevelopment of the Railway Station, development of underground Dworcowa St. and bus station, Galeria Katowicka and office building both located at Szewczyka Sq. The investment is worth EUR 240 million.

As the investors stated, preparatory works would launch in July and will include a relocation of such utilities as power lines, heating and water supplies, sewage system, telephone and teletype services and gas fittings. Construction works shall be started in September as soon as a valid building permit will be given. At present, a temporary station is under construction.

For a better social communication, Neinver and PKP S.A. in cooperation with the City Hall and KZK GOP (the Municipal Transport Union of the Upper Silesian Industrial District), will launch a promotional campaign addressed to citizens and travelers. The campaign called “KATOWICE uwaga przemiany!” (“KATOWICE attention changes!”) with a designed logo and webpage, will inform about any changes in a public and rail transport as well as about progress in construction works. 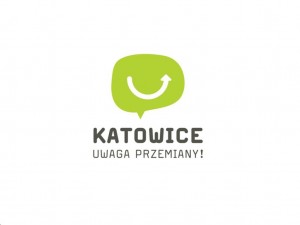 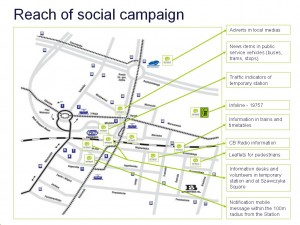 According to Neinver and PKP S.A. the construction works of the Railway Station, underground bus station and new Dworcowa St. will be finished in May 2012. In Q4 2012 Galeria Katowicka will be concluded and opened for costumers. The office building will be delivered late 2013. Neinver and PKP will be the property manager of the whole complex after the development.

Platforms and tunnels of the Railway Station which are under management of PKP PLK, are going to be refurbished at the same time as the main Station’s building and will be ready in May 2012. Sud Architectes are responsible for the design. “The architects prepared an interesting project. I can not disclose any details right now but it will be officially presented in a few weeks” – Michał Wrzosek, PKP’s Spokesman said during the conference. 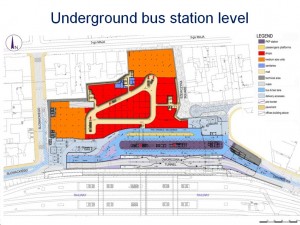 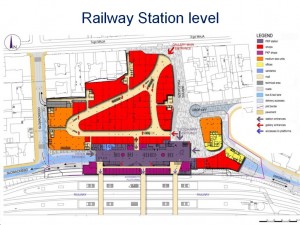