A new seat of the Silesian Museum will be the first investment of the future cultural district near the “Spodek” Arena. Additionally, the City Hall plans to build the International Convention Center and a new seat for the National Polish Radio Symphony Orchestra in the area. A new road system and a car park will be developed in the district as well. All the investments are to revitalize this part of the City which was mostly exploited by the former “Katowice” coal mine.

A construction site of the new Silesian Museum covers 2,7 hectares which constitutes one third of the total area designated for the entire Museum complex. A first stage of the investment is planned to start this year. Currently, the Museum is looking for a prime contractor. Construction works will embrace a three-storey underground facility including an exposition area, a Grand Foyer, conference rooms, lecture theaters, store rooms and a car park. A four-storey building for Museum’s administrative purposes will be raised above the ground level. The “Warszawa II” shaft’s engine room and a former working clothes storage room will be revitalized and adapted for exhibition spaces and a restaurant.

An aim of the Riegler Riewe Architekten studio from Graz, which prepared the project, was to remain the old coal mine buildings as a dominant of the landscape, thereby the architects decided to hide the new Museum complex under the ground. Above it, will only be able to see the glass boxes that are the source of natural light for the exhibits beneath. 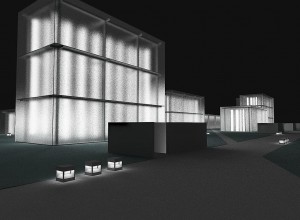 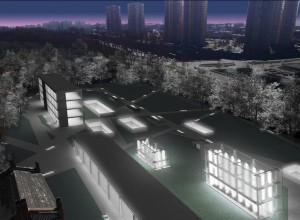