The Centrum Development & Investments (CDI) company has presented yesterday its project of a new shopping gallery in the Center of Katowice. This retail scheme would be raised in place of the existing “Supersam” market hall developed in 1937. The new building will cover area of 46 000 sq. m. Approx. 17 500 sq. m is destined for a reatil space. About 2 500 sq. m is designed for service facilities and offices.

This six storey shopping gallery includes the retail purpose at three levels – under the ground, on the ground level and one above. The three top floors are planned for a car park for 400 vehicles.

The front elevation with the round shape edges will be made of glass supported on a steel structure. The glassy walls will be covered by pieces of ceramics framed vertically. The central and main characteristic point of the gallery is an atrium connected the North and South entrances by a pathway. The purpose of designers was to create an inside alley which would be a part of present foot-way run from the Railway Station – via Stawowa Street – to the “Spodek” Arena and the future cultural district nearby. The architectural design was prepared by Konior Studio and the globally renowned Benoy Architects, known in Poland for the project of “Renoma” in Wrocław.

On Tuesday, CDI filed a motion for a planning consent in the City Hall and expects to obtain all the necessary administrative permissions until the end of 2010. The new “Supersam” shopping gallery would be opened by the end of 2012. The company predicted to spend EUR 80 million for the project. The amount will be secured by a bank loan and internal funds. The building will be localised on Piotra Skargi Street.

Centrum Development & Investments is a holding company, the owner and the manager of 20 real properties, mainly commercial ones, which are situated in the centers of the biggest Polish cities. Except “Supersam”, CDI owns representative and famous real properties such as “Wars&Sawa”, “Junior” and “Smyk” in Warsaw, “Renoma” in Wrocław, “Okrąglak” in Poznań, “Posejdon” in Szczecin and “Dukat” in Olsztyn. Until 2007 the group funcioned under the name DTC Real Estate. 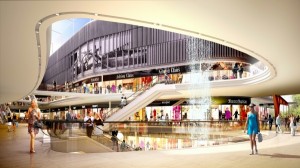 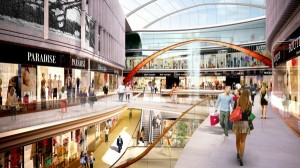