The construction works of Katowice Business Point structure are going to an end and any day now the last beam will be placed at the roof of eleventh storey. Only a one crane left at the construction site. Scaffolds covered the building walls and workers are currently focused on a glassy elevation. The back elevation is already finishing off with stone slabs. The interiors are going through with partition walls and airing fittings.

According to Ghelamco Poland’s Managing Director Jeroen van der Toolen and his statement for EuropaProperty, Katowice Business Point will be delivered in February 2010. Leasing was slow for the first months of 2009, but over the last two months Ghelamco have had over 50 percent under negotiations for KBP. The agencies, which have been chosen by the developer for commercialization of the project, are King Sturge and DTZ. 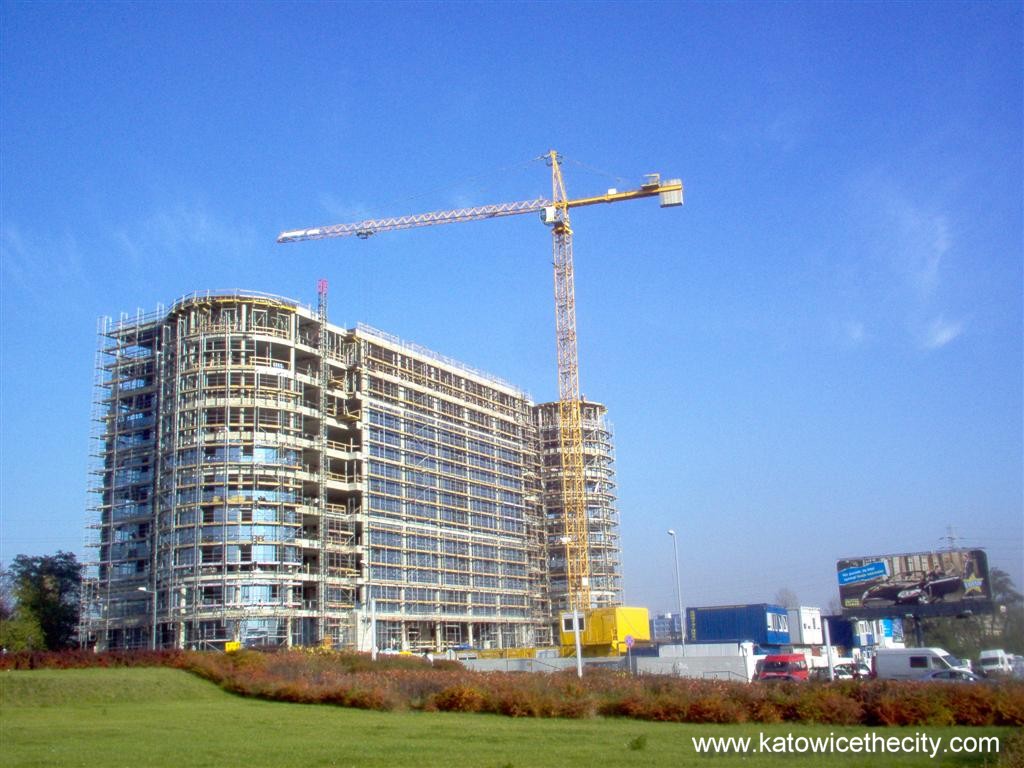