The prime minister of Poland, Donald Tusk, opened the sixth European Economic Congress in Katowice on Wednesday. It is one of the nine most important European meetings, as well as in the comparisons of various congress events, both political and economic ones, which have been classified in the same group as the Davos World Economic Forum in Switzerland. 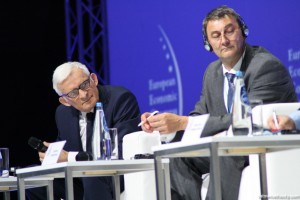 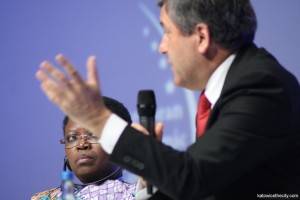 During the session, the speakers focused on the role of Europe and its position in the world and in the global economy, economic expansion and investments as well as on Europe’s image in Africa and Asia, mutual expectations and cooperation models, and directions, pace and prospects regarding development of the three continents.

According to the organizers – PTWP Group – an increased interest in the event can be observed, expressed by guests from around the world, compared to the previous years. African countries, China and Pakistan have a considerable number of representatives at the congress. The increase in the interest expressed in the event is also confirmed by the increasing number of enquiries coming from all over Europe.

The sixth edition of the European Economic Congress in Katowice takes place between 7th and 9th of May 2014. The sessions and debates of the second and third day of the Congress will take place at three main locations (Angelo Hotel, Monopol Hotel and Qubus Hotel, as well as the rooms of the Altus building), compared to the previous editions of the Congress, when there were over a dozen locations involved. Just as it was last year, the inauguration of the Congress took place at „Centrum Kultury Katowice im. K. Bochenek” (Krystyna Bochenek Katowice Centre of Culture).