A cornerstone was laid at the construction site of Galeria Libero in October. Echo Investment, an investor of the shopping and entertainment center has also informed about a new tenant.

The company celebrated the cornerstone laying in the presence of its CEO, Nicklas Lindberg. This way the developer kicked-off the construction work formally. The works are being conducted by Erbud. It is expected to finish the foundation laying by the end of February next year. A shell of the building will be done in July 2017.

Also, Echo Investment informed that another tenant of the entertainment part of Galeria Libero had been secured. A letter of intent was signed with MK Bowling, which is going to open a 10-lane bowling club in the mall. It will cover the total area of 1 400 sq. meters. Additionally, the club will feature a restaurant, poolroom with pub and a disco.

Over 40 percent of retail spaces were already pre-leased. Galeria Libero is being erected at 229 Kościuszki St. The opening is scheduled for spring 2018. 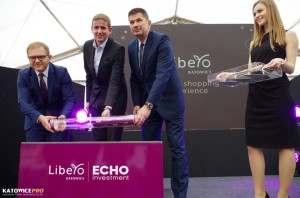 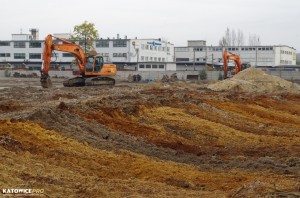