The fourth European Congress of Small and Medium-Sized Enterprises was inaugurated in Katowice on Monday. The event gathered domestic and foreign representatives of business, politics and science. They talk about the future of Polish SME sector. 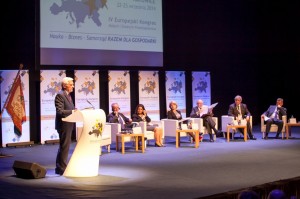 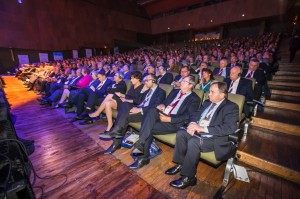 Jerzy Buzek, Member of the European Parliament and Polish Prime Minister in the years 1997-2001, commented that science, business and local government create a golden triangle of the European Union’s development. He reminded that 70 percent of the union’s GDP is produced by the small and medium-sized companies hiring 100 million people. „We can say, with no doubt, that the SME sector composes a bloodstream of the European economy. This year we want to debate about the support for engagement of small and medium-sized enterprises in innovative activities” – Buzek said.

„I think that Europe discovers the need to focus on the real economy. The main goal of the Europe 2020 programme is the revitalization of industrial competitiveness in the economy. I am convinced the congress will become the source of new ideas and solutions, which are instrumental for the SME recovery” – said Ferdinando Nelli Feroci, Member of the European Commission, responsible for Industry and Entrepreneurship.

Janusz Steinhoff, Chairman of the Council of Polish Chamber of Commerce and Chamber of Commerce and Industry in Katowice, presented the SME sector in the context of the Poland’s 25th anniversary of gaining independence. „I am glad that we discuss the crucial problems of SME in the country and in Europe in the heart of Polish industry, in the Upper Silesia region. As the country, we are at good place, if we think about the entrepreneurship. Poland firmly developed for these 25 years” – Steinhoff stated.

The fourth European Congress of Small and Medium-Sized Enterprises will last until Thursday, 25th of September, in several conference venues across Katowice.