Ghelamco has purchased a construction plot located in front of Silesia City Center. The Belgian developer is going to erect there an office building.

The one of the largest developers in Poland financed the purchase of the property within funds which had been obtained from bonds. The direction of obtaining finance has been implemented by Ghelamco several times in Poland. This way the developer wants to get access to a wider funding and expand its investment portfolio. One of the schemes will be carried out in Katowice.

The bond issue with a total value of PLN 50 million took place at the beginning of April this year. PLN 6,2 million out of the amount which had been raised from the issue was spent to purchase the plot. The land is located at the junction of Chorzowska and Ściegiennego streets in front of the Tesco supermarket (part of Silesia City Center). The property covers the area of 4 400 sq. meters. Katowice Business Point, developed by Ghelamco in 2010 and sold to Starwood Capital Group in 2014, is situated on the opposite side of the street (3 Ściegiennego St.).

By now, the developer has not revealed any additional facts about the building and the schedule of works. – We will provide the information about the investment in Katowice up to date – said representative of Ghelamco. 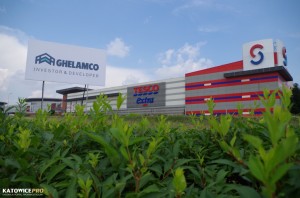 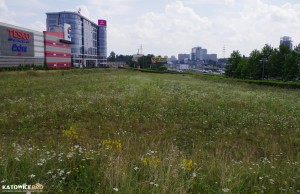