GTB Metropolis has modernized two former properties of the „RSW Prasa-Książka-Ruch” publishing company. The buildings were turned into office facilities.

„RSW Prasa-Książka-Ruch” was converted into the Ruch S.A. company at the beginning of the 90s of the 20th century. The Ruch branch and warehouses were located in the two buildings located at 13 and 16 Dąbrówki St.

At the beginning of October, the first tenant moved in to the „Dąbrówki 13” building. The IT company occupied the entire area of the fifth floor. The office space in „Dąbrówki 13” is about 50 percent leased (three out of six office storeys). The Portuguese-owned „Biedronka” supermarket was opened on the underground floor in September. The retail chain has leased approximately 1 000 sq. meters.

The modernization process of the building had been commenced in October 2013 and is almost done. The 7-storey facility offers office spaces ranging from 60 to 520 sq. meters as well as retail and commercial premises (from 133 to 327 sq. meters).

The second building – „Dąbrówki 16” – was delivered in December 2013. Now it is fully leased. The last tenant took over its offices in January this year. There are about 20 tenants in the building. Their offices’ area ranges from 25 to 500 sq. meters.

The Katowice-based GTB Metropolis is the owner of investment projects: construction plots and commercial properties. The company operates in the area of the Katowice agglomeration. 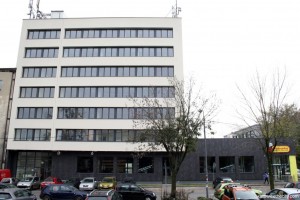 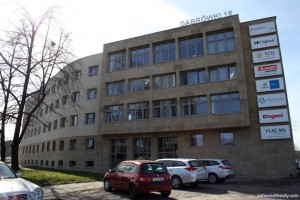