The Polish hotel chain Hotele Diament will expand its offer in the city. Konior Studio will design an extension of the existing 4-star Hotel Diament Plaza Katowice. The new accommodation facility will be erected on the west side of the hotel.

The parcel is located at 11 Dworcowa St. and covers the area of approximately one thousand square meters. It is already owned by the chain. A tenement had been located at the site, however it was demolished a few years ago. Now it is an empty plot. Hotele Diament plans to erect there a five-storey building combining hotel, service and conference areas. Also, there will be a one underground storey. The Hotel Diament Plaza Katowice will offer 150 rooms after the extension (now there are 45 rooms in the building).

The investor wants to announce a procedure to choose a prime contractor of the undertaking by the end of this year. The architectural design is expected to be done at the beginning of the second quarter of 2017. Construction works will be launched after that date. The new building will be finished in the turn of 2017 and 2018. 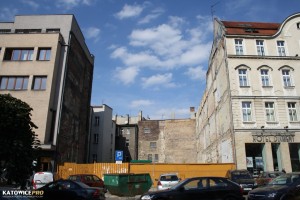 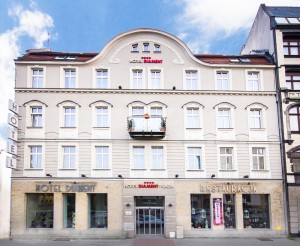