On Friday, Budimex informed that it had signed a contract with LC Corp for the execution of works on the second stage of Silesia Star. The value of the contract amounts to net PLN 61,5 million.

According to the agreement, the company is going to start the construction process on 11th of April 2015 and will finish it after 16 months, on 15th of August 2016. An eight-storey building covering approximately 12 500 sq. meters of leasable space will be erected within the second stage. It will be the second building of Silesia Star erected by Budimex. The first stage was delivered in December last year.

LC Corp’s Silesia Star includes two twin-buildings offering jointly about 27 000 sq. m of rentable area, one-storey underground car park and a commercial area on the ground floor. The architectural design of the complex was prepared by Kuryłowicz & Associates studio. Silesia Star is located at 10 Roździeńskiego Av. Getin Noble Bank, Deloitte and the „Kancelaria Radców Prawnych GFKK” legal advisors are among tenants of the building A.

See the photos of the first stage >>> 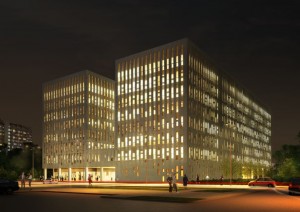 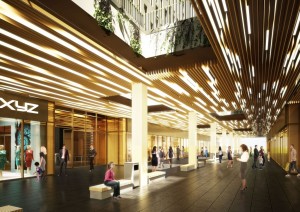