Okam Capital stated that the start of construction works on the second stage of „Dom w Dolinie Trzech Stawów” (House in the Three Ponds Valley) would be commenced in June. 56 apartments in one building will be delivered within the stage.

The first stage of the housing undertaking – 99 apartments in two A and B buildings – was commissioned for use in April 2014. The offer is almost 80 percent sold.

Apartments of the second stage were put up on the market in September last year. 20 percent of the housing units were pre-sold by now. Prices start from almost PLN 6 000 per one square meter. Customers can choose from one, two, three, four or five-room apartments as well as from four penthouses. The usable area of the apartments will total almost 4 000 sq. meters and the housing units’ area will range from 34 to 99 sq. meters. Also, an underground car park for 86 vehicles was designed within the stage.

As in the case of the first stage, Okam Capital appointed Hochtief to perform the works on the building. The second stage is scheduled to be finished in September 2016.

Konior Studio is responsible for the architectural project of the housing estate. „Dom w Dolinie Trzech Stawów” is located at 47 Sikorskiego St. 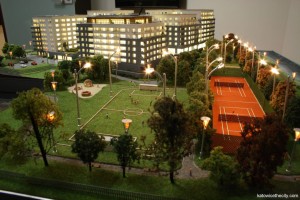 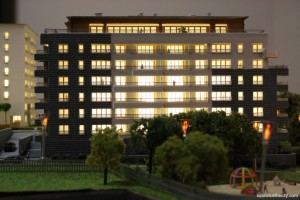