The extension of Silesia City Center (SCC) attracts new brands to the shopping complex and to the Upper Silesia region. About 60 new retail units will be opened in new SCC. Among first tenants are brands which have not been available in the region before. These are, among others, Calvin Klein Jeans, Limoni, Lui Jo, Guess Denim, Van Graaf, Red Valentino and two boutiques of Max Mara – Penny Black and Weekend by Max Mara.

The store of Red Valentino will be the second unit of the brand in Poland after Warsaw. Furthermore, the Van Graaf boutique will include brands of Lagerfeld, JOOP!, Tommy Hilfiger, Diesel and more. The Limoni perfumery will open in SCC its first store in Poland. The Italian new units of Lui Jo and Pinko confirm the expansion of the brands in Poland by opening its door in Katowice.

„These brands were available only in shopping centers of Warsaw and Kraków up till now. The extension of Silesia City Center, which is predestined to be the biggest shopping center in the south of Poland, procured a great interest of world, best known brands – added Małgorzata Ryfa.

Construction works on new Silesia City Center were started this summer and will be concluded in autumn 2011. SCC will enlarge its retail space from 66 to 86 thousands sq. meters. About 500 new employees will be hired. The owner of Silesia City Center is Immofinanz Group. Bose International Planning and Architecture is responsible for the architectural design of the new part of SCC. Erbud S.A. was chosen as a prime contractor of the investment. 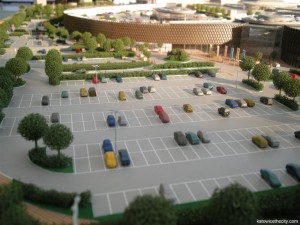 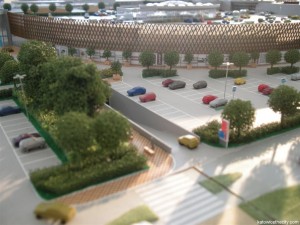