There are 41 shopping centers totalling 1,1 million sq. meters GLA (493 sq.m GLA/1 000 inhabitants) in the Katowice area. The relatively low retail space density ratio does not mean, however, that there is a shortage of supply, according to the analysts. The Katowice conurbation is quite a fragmented market with two main centers (Katowice and Gliwice) where a large amount of retail space is concentrated.

The retail market in the Katowice conurbation has been developing continuously since the 1990s when the M1 shopping centers in Czeladź and Bytom were opened. 2004 brought the first outlet center to the region – Fashion House Sosnowiec – which has been extended several times. In 2005, the biggest retail center in Upper Silesia was built in Katowice – Silesia City Center.

The Katowice conurbation is dominated by large schemes (41%) as well as medium-sized ones (30%), while schemes which offer over 100 shops constitute 21% of the total stock.

Tenant structure (by the numer of units)

The press salon Inmedio and the GSM operators Orange, Play and T-Mobile have the largest number of stores in shopping centers in the Katowice conurbation. Moreover, brands such as Reserved, Orsay, House, Cropp and Triumph (fashion), Sephora, Rossmann and Vision Express (health & beauty), Deichmann and CCC (shoes) and Apart (accessories & jewellery) are very active in the Katowice conurbation.

The vacancy rate in the Katowice area is stable at 4%.

Developers’ interest in the region is still high. Currently, further schemes are being built including Supersam in Katowice, Galeria Galena in Jaworzno and Marcredo Center in Piekary Śląskie. Gemini Park Tychy is one of the projects at an advanced level of planning. In total, there are six shopping malls currently under construction covering the area 75 000 sq. meters.

Rental rates for space in shopping centers in Upper Silesia vary, with the highest ones being noted in Katowice at EUR 47-49/sq.m/month (100 sq. meters for a fashion tenant).

Currently, within the Katowice conurbation the commercialization of several retail schemes which are under construction is in progress. Moreover, Galeria Katowicka is still in the process of filling up with tenants. In older schemes, the process of changing the tenant structure and renegotiations are being carried. 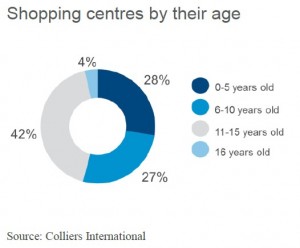 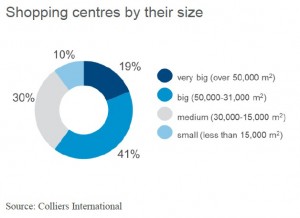